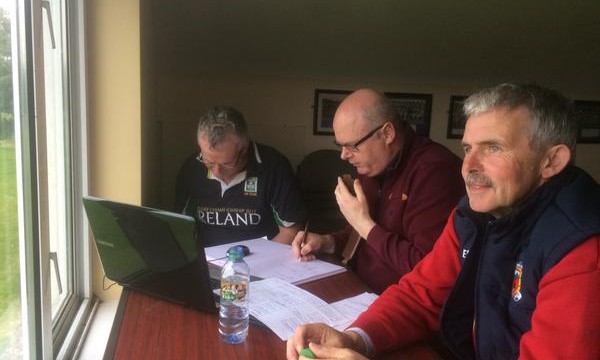 Tune in HERE (archive will be there too afterwards – go to Tracks, where you will also be able to listen to previous games we have broadcast).

Ballinrobe play Ardnaree Sarsfields in the quarter-final of the Mayo U21 C football championship on Sunday next, November 22, at 11am in the Connacht GAA Centre of Excellence, Bekan. Ref Mel Kenny, Westport.

If you can’t make it, we will be streaming this game live, led by Liam Horan (commentator), Padraig Costello Snr (Ballinrobe analyst, if I can get a hold of him today – he will be out the gap quickly after the game to had for Shamtown for Mitchels versus Corofin) and hopefully an Ardnaree Sarsfields analyst. We’re hoping that Tom Carney will be along too – Tom did the commentary on our relegation-saving win over Burrishoole a few weeks ago and was a dab hand at it too.

Tune in HERE (archive will be there too afterwards – go to Tracks, where you will also be able to listen to previous games we have broadcast).

Keep your wits about you because it may be necessary to create a new link under Tracks. This is because we are still trialling the free account which has some time limitations.
Tweet @ballinrobegaa or pop a message herehttps://www.facebook.com/BallinrobeGAAFanPage with details of where you plan to listen to the game.
And keep in touch during the game too, audience interaction is a big part of this.