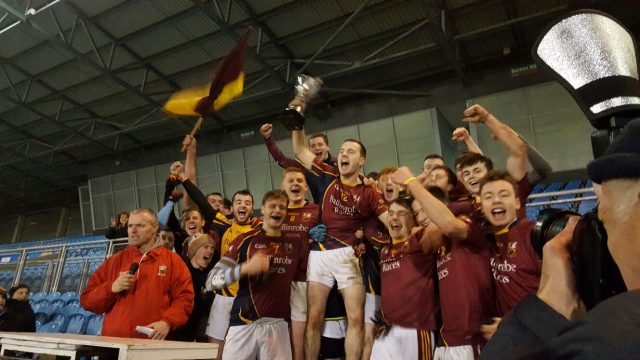 Update. Sunday morning, November 27: Quick update – the U21s won the Mayo C championship last night. You can listen to the archive of the commentary of the victory over a gallant Kilmeena team HERE.

Ballinrobe were strenuously tested when defeating Kilmeena by 2-9 to 1-8, in the MD Roofing Services Mayo u21 C football Championship final, at a foggy Elvery’s McHale Park, Castlebar on Saturday night. Lost opportunities at both ends left the sides deadlocked at 2 points apiece after 25 minutes, and a productive late spurt, marked by a Darren McDonnell goal, left Ballinrobe in front by 1-3 to 0-4 at halftime.

Kilmeena exerted considerable pressure after the restart and were 2 points to the good, 1-8 to 1-6, by the 54th minute. In a very exciting finish, Ballinrobe, regaining the upperhand outfield, levelled matters and injury time scores, including a second Darren McDonnell goal, fashioned the victory.

We will be adding photos here too over the next few days – if you have any we need to add to this photo archive, email liam.horan@slinuacareers.com. 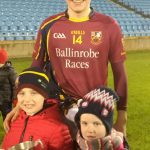 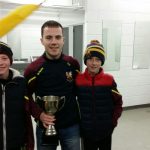 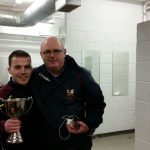 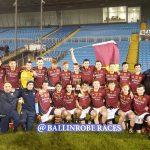 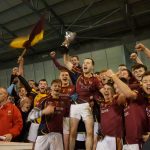 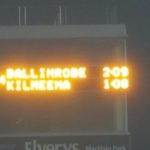 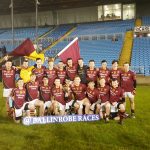 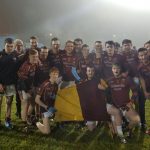 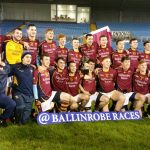 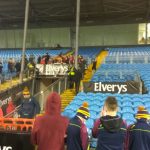 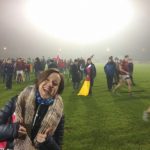 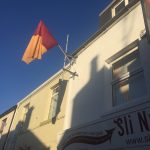 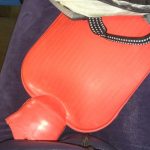 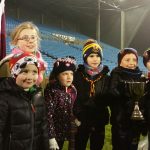 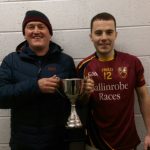 Well done to team and management – and to the Ballinrobe supporters who really got behind the team, as you will hear in the background of the commentary. Particular word of thanks to Kilmeena analyst Mickey Carney who shadowed P Cos closely enough.

Thursday, Nov 24 – update from our roving reporter: The club has provided 500 tickets for free entry to Saturdays County U21 Final and are distributing them through our Schools, and who better to get the job done other than our Rockets.

In Roxboro, Ben Scully & Jack Tuffy have taken on the task of ensuring all students get a ticket. In Cloonliffen the double act of Owen & Ryan Corcoran are on the job and in St Joseph’s, Ryan Mc ormack & Donnachadh O Connor are on the distribution.

Many thanks to all schools for allowing us to do this and well done to our Rockets on taking on the task.

The countdown is on, and the word has spread, let’s continue to build up to the county final and ensure we have a super level of support for our U21s.

The U21 team, who defeated Ballyhaunis in the semi-final on Sunday last (see report by Club PRO Billy Horan below), will play Kilmeena in the Mayo C final at Elverys MacHale, Castlebar, on Saturday next at 6.30pm. Ballinrobe U21 team, pictured before defeating Ballyhaunis in Mayo C championship at the Centre of Excellence, Bekan.

If you’re based locally, do make a special effort to attend the game and support a team who have played excellent football to reach this stage.

There will be a full commentary on the game here on our Club Radio, with coverage starting with pre-match interviews at 6.15pm.

Please spread the word so followers of the club can tune in all over the world. And let us know where you’re listening and we will give you the rage of the age, The Big Shout-out.

The Ballinrobe commentary team Liam Horan, Padraic Costello Snr and Tom Carney if he can get away from work early but it’s the Christmas rush, so you know yourself – and Mickey Carney will fly the flag for Kilmeena, and no better man.

You can access the commentary HERE and it will be archived there afterwards too.

Splendidly-executed early scores fashioned this decisive Ballinrobe victory over Ballyhaunis, 6-13 to 3-9, in the semi-final of the Mayo under 21 C football championship at the Centre of Excellence, Bekan, on Sunday morning.

Kevin Quinn was one of the pivotal figures in the productive opening surged, scoring two goals inside five minutes. By half-time, struggling Ballyhaunis were trailing by 5-6 to 0-5, with Joe Burke, Darren McDonnell and agile substitute Peter Walsh accounting for the other opposition goals.

Ballyhaunis did their utmost to put a better face on things in the second-half but to no appreciable impact, despite late goals from Cathal Carney and John Cunnane.