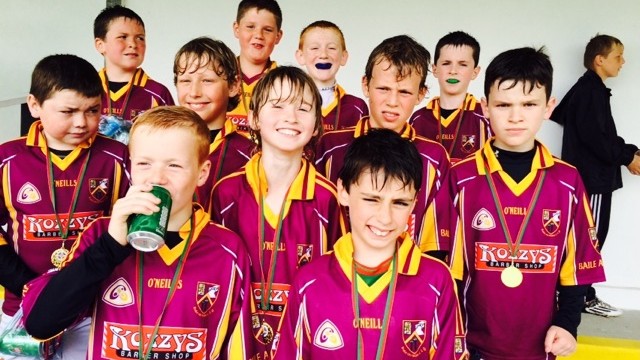 Ballinrobe Under 10’s travelled to Tourmakeady last Sunday to take part in the annual Padraic Mulroe Memorial Cup competition.
Two fine performances saw the boys reach the final but unfortunately they lost out to Kilmeena in the final.
Well done to all our players, who are on well-earned rest for the next two weeks. Ballinrobe U10s, who reached the final of the Padraic Mulroe Cup in Tourmakeady, 2015. They were defeated by Kilmeena in the decider.