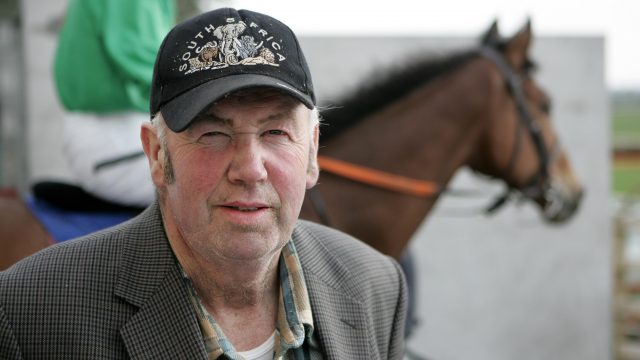 The town of Ballinrobe is in deep mourning with the sudden passing of one of its most enduring characters, Tony Finnerty (70), Creagh, on Monday, August 17th.

Tony’s death is acutely felt by a wide range of local organisations and everyone who knew and loved him. In Ballinrobe GAA Club, we are only too well aware that we have lost a man who was unwaveringly loyal in his support of our teams.

Tony was Tony. Or Flat Out as he was almost better known: a nickname that derived from his extraordinary appetite for hard physical work. 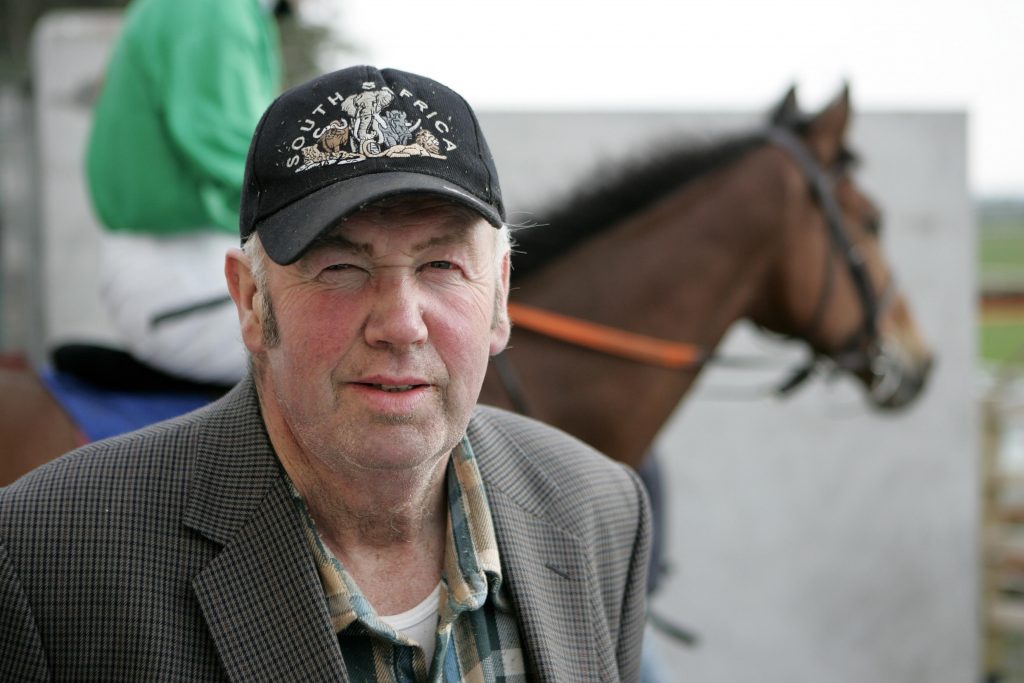 Tony Finnerty in his role as Gateman at Ballinrobe Race Course.

Tony helped out people all over Ballinrobe and beyond, be it fixing a twin tub washing machine or reshaping a garden. When Tony arrived on site, there was only one outcome: the job would be done, even if it meant improbably early-morning starts or late-night finishes. He appeared almost indestructible.

A native of Creagh, he attended the local CBS primary and secondary schools. He worked in SPS factory in Galway for a brief period before taking up a full time position as a telecommunications technician with the Department of Post and Telegraphs, as it was then known. He stayed with the organisation as it moved through a variety of name changes, earning widespread respect for the thoroughness and courtesy with which he went about his work.

But that love of hard work was just one of a number of motifs that captured Tony: perhaps the one that most defined him was his good humour.  His wonderful capacity for fun and friendship infected all who came into contact with him. Every minute spent in his company generated a smile and a laugh.

Although he did not play much Gaelic football, he followed the fortunes of Ballinrobe and Mayo year in, year out. No journey was too far: and the car was always full.

Friends based in Dublin speak warmly about the inevitable arrival of Tony and his entourage on the morning of big Croke Park games – out with the box of sandwiches, sundry savouries, bananas and apples, plenty for everyone, for a final feed before travelling the few hundred yards to experience whatever would unfold at the famous venue.

Just a few short hours before he passed away, he took up his usual position – at the first corner as you enter Flanagan Park – to watch our junior team stage a storming comeback to defeat Garrymore in the South Mayo Championship. He’d have enjoyed that victory, not least because his nephew, Mark, figured in the triumph and another nephew, Kieran, is a member of the squad.

His sporting interests also extended to horse-racing – he never backed big, but he loved a punt. He was a regular steward on the final gate before entering the course proper at Ballinrobe Racecourse meetings, enjoying a friendly and insightful word with jockeys, owners, trainers and sundry other characters who make up the world of racing.

If Mayo or Ballinrobe were not in action, and there was no race meeting within striking distance, he was known to venture to Tuam, Thurles or Limerick to watch hurling or football games. He loved the buzz of big sporting occasions, the sense of anticipation, the chance encounter with a footballer or a horse trainer, the dizzying excitement of it all.

Tony was quick to put his hand in his pocket to support our fundraising initiatives. This was done quietly and without any fuss because that was the mark of the man: in fact, it was a matter of pride to him that he would contribute.  He was also a member of Cáirde Mhaigh Eo and had already booked his ticket for our Mayo Intermediate Football Championship clash with Crossmolina in Parke next Sunday.

Another characteristic was his love of family. His wife Marie (formerly Mulrennan, Gurteen, Ballyhaunis); sons, Mike and Paul; and daughter Michelle; meant everything to him – without ever being conceited, he was deeply proud of their achievements, including Mike’s stellar career as a journalist and broadcaster; Paul’s footballing triumphs with Ballinrobe and Mayo; and Michelle’s victories in the Special Olympics arena.

Tony was a doting and dearly loved grandfather, too – on Saturday last, he attended the christening of his latest grandchild, Éanna, in St Mary’s Church, Ballinrobe. The extended Finnerty family will miss him greatly.

As will Ballinrobe. His white van, travelling from home to land he rented at various places around the town, was a common sight. That first corner of Flanagan Park will always be synonymous with Tony, a man who lived life to the full.

The maroon and yellow Ballinrobe flag flew at half mast at Flanagan Park on Monday morning when news of his death spread around the community. Tony’s first cousin, also Tony Finnerty, passed away last week after a lengthy illness. making this a particularly harrowing time for the broader Finnerty family. We extend our deepest sympathies.

Funeral details are published here: https://bit.ly/312QT8l. The funeral Mass will be streamed on Ballinrobe Parish 2 Facebook page at 12noon on Wednesday. Ballinrobe GAA Club will form a guard of honour at the removal of his remains from St Mary’s Church, Ballinrobe, to the New Cemetery after the funeral Mass.