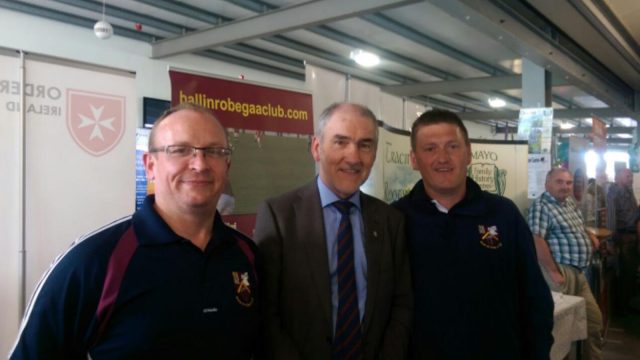 We’ve been broadcasting games and other events on our Club Radio for a number of years now – and this week we are delighted that a club member who cut his broadcasting teeth here is set to get his break with Mid West Radio. Tom Carney (left, above), a former club chairperson and player and current coach, has really blossomed since getting involved with Club Radio.

He moved from analysis to full commentary – including last weekend’s Mayo SFC clash with Castlebar Mitchels – and is now about to make his commentary debut on Mid West Radio.

Tom will cover the Connacht ladies football final between Mayo and Galway at Elverys MacHale Park on Sunday week, July 2, at 4.30pm.

We wish him all the best and we are very gratified that Ballinrobe Club Radio has proven to be such a good breeding-ground for Tom.

Three other club members – Mike Finnerty, Rob Murphy and Liam Horan – will be on the road tomorrow (Saturday) when LocalStreaming.club, owned by Liam, will broadcast the five Celtic Challenge finals on GAANow.

They will be accompanied by another young club member with an interest in broadcasting, 9 year-old (and nearly 10) Matthew McCormack.