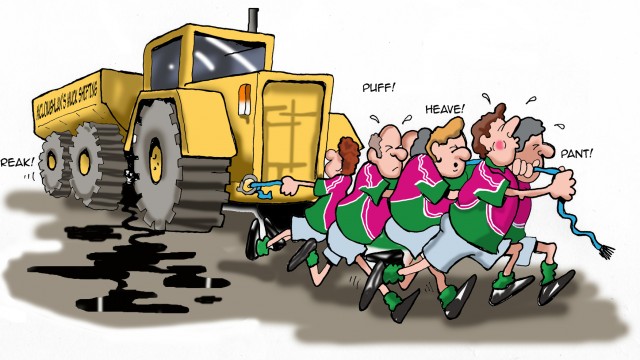 Ballinrobe GAA club is bringing a new play with a Gaelic games theme to the Ballinrobe Community School, Ballinrobe, Co. Mayo on Friday, December 28th, and tickets are now being sold by the club (see below for the list of members we believe to be among our ‘Power Seller’ team.) The Pull is the first play from Half Solid Productions, a company established by Ballinrobe man Liam Horan and Mayo writer and actor John Corless. It is loosely based on our very own The Pull the summer before last – see more here on our YouTube channel:

Liam, secretary of Ballinrobe GAA, is a former Gaelic games correspondent of the Irish Independent, and creator of the popular Championship Man series on RTE Radio One. John is a well-known poet who has performed a number of readings in this region.

The Pull is a lively comedy based on an “unreal real event that may or not have taken place in rural Ireland,” according to Liam. It is set in the fictional town of Ballybore, where, bizarrely, the local GAA club claim to pre-date the foundation of the GAA by some 130 years.

“It’s about a GAA club that runs into some financial trouble, but it’s not nearly as big a deal as they think. Basically, Ballybore GAA Club is only €1,000 in debt but it feels like €1m to the main people involved in the club. They set about trying to solve the problem and decide to pull a truck around their home town to raise money and get themselves in the Guinness Book of Records. Chaos ensues and they end up getting in way over their heads”, explained Liam.

In the midst of the panic and the cack-handed attempts at fundraising, there are a number of other sub-plots for the audience to enjoy.  The Pull is suitable for all ages. Liam and John are looking forward to bringing the play to Ballinrobe on Friday, December 28th.

“We are touring all over Ireland and it will be great to stage it in Ballinrobe,” added Liam.

The show starts at 7.30pm and admission is €10. Ballinrobe GAA is selling tickets for the show which doubles as a fund-raiser for the club. Afterwards, there will be a club get-together in McGreal’s Bar, Abbey St.

One response to “The Pull comes home”