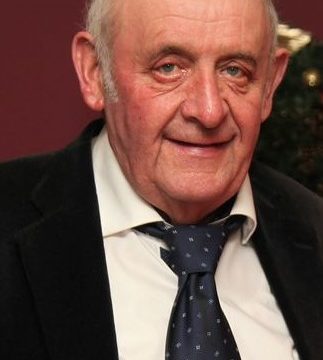 Tom Carney Snr, Churchview, Ballinrobe, who passed away peacefully in University College Hospital, Galway, today (Tuesday, May 25th), after an illness, made a huge contribution to Ballinrobe GAA Club in his own quiet, unobtrusive way.

Without any fuss, Tom Snr (72) tended to numerous tasks at the club’s venue, Flanagan Park, in a powerful illustration of his commitment to our club. Invariably accompanied by his faithful canine companion, Chloe, he went about his work during those hours when the venue was silent so that it would be in pristine condition when players arrived to take part in training and games.

“Tom Snr was an unsung hero of the club. He wasn’t one for the limelight, but he did so much in a quiet but highly effective manner. We were very sorry to learn of his passing – he was a gentleman to his fingertips,” said club chairman, John Flannelly.

Tom’s son, Tom Jnr, has served the club in a variety of roles, including as club chairman. He has been a club coach for many years and last year led our U16 team to the South Mayo A title. A former club player, he is also a Mayo ladies football senior team selector this year, and the current vice-chairperson of the South Mayo GAA Board.

Tom Snr’s grandson and grand-daughter, Aisling and Ben, have also represented the club. Ben was a member of the club squad which won the 2016 Mayo U21 C Championship.

A native of Killimor, The Neale, Tom and his wife, Bridie, a native of Rathvilly, Co. Carlow, met and married in London before moving to Ballinrobe in 1979. The family became actively involved in the life of the town, most notably its sports clubs. Tom Snr worked as a lorry driver for McGrath’s, Cong, for 32 years before retiring in 2017.