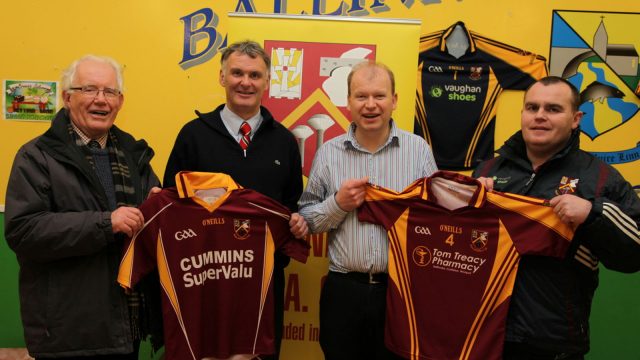 Update, Tuesday, August 16: Funeral arrangements have been announced for the late John Cummins. They are listed in this death notice:

May his gentle soul Rest In Peace

House strictly private at all times.

Ballinrobe GAA club regrets to announce the sudden death while on holidays in Spain of John Cummins (53). John was a prominent businessman in Ballinrobe for many years and a member of the town’s best known family enterprises.

A native of New Street, Ballinrobe, John was a lifelong member of the club, including playing for the club at all under-age and adult levels.

He supported the club in many ways, including his generous sposnsorship and support for under-age teams. Support like this has been a vital cog in our club for many years.

John’s son JV is a member of the club’s U16 team, and John’s brothers Vincent, a former club treasurer, and Richard both played in the Ballinrobe colours at all levels also.

John’s death has cast a pall of gloom over Ballinrobe where he was an extremely well known and respected individual.

John’s wife Martina, formerly McGrath, is a native of Convent Road, Ballinrobe, and the club extends its deepest sympathy to his son JV; daughters Lydia and Isabelle;  father Val; brothers Vincent and Richard; sisters Paula and Fiona; extended family and a wide circle of friends.

As a mark of respect Ballinrobe GAA Club has postponed all games this weekend, including tonight’s South Mayo U16 B semi-final v Claremorris and tomorrow evening’s Mayo SFL Division 1B game v Shrule/Glencorrib.

Funeral arrangements will be added here. The club will form a guard of honour at the funeral ceremonies. May he rest in peace.