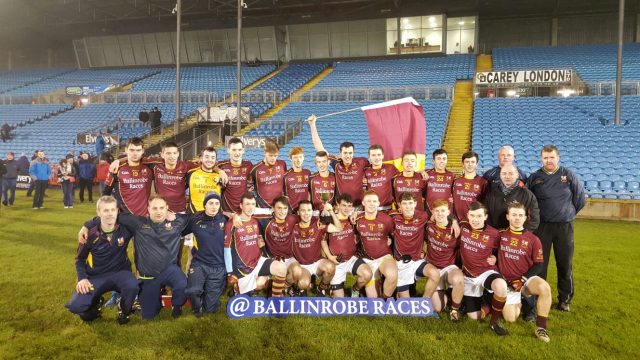 Winning the Mayo under 21 C football championship title was acknowledged as the main achievement of 2016, at a very well-attended annual general meeting of Ballinrobe GAA club held in The Racecourse last week.

Declan Corcoran, chairman, welcomed the members and said the club was moving in the right direction. He lauded the excellent work being done at underage level by the Robe Rockets and Bord na nOg and welcomed the emergence of the club’s new sponsor, Ballinrobe Racecourse, a successor to Vaughan shoes who had been the mainstay for eight years.

The weekly Lotto has been replaced by a successful 50:50 draw and he urged members to give it every support. He thanked his fellow officers for applying themselves diligently and paid a special tribute to Donal McCormack, secretary, who was vacating the post after three years.

In his report, Donal expressed dissatisfaction with the handling of fixtures by the County board. He praised the enthusiastic work being done by the Robe Rockets and their Cul Camp attracted record numbers.

Sympathy was extended to the following families on their recent bereavements: Finnerty, Sammon, Grimes and Gibbons, Cong.