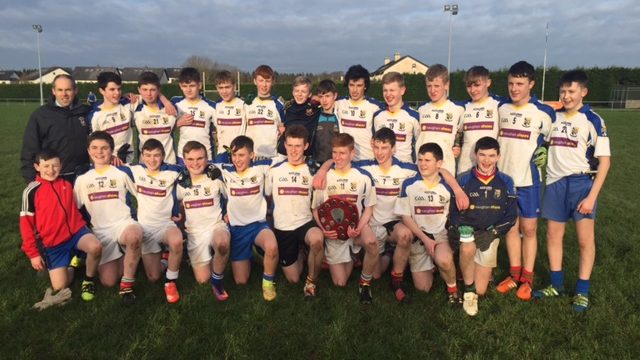 A great week (and season) for Ballinrobe Community School continued yesterday when the school’s rising stars won the Connacht Juvenile B championship.

We are particularly proud of the Ballinrobe players in the squad, but, equally, we know the unique atmosphere that permeates a successful school team when players from a variety of clubs pool together. Well done to team manager Martin Gavin, a member of the Mountbellew-Moylough club in Galway, who guided the team to victory.

We are lucky locally to have enjoyed many great Ballinrobe Community School successes down the years, and it is clear that we are now in a very promising era.

This triumph is also a vindication of all the great work being done in local clubs, not least in our own club where many of these players cut their teeth in our Skills Academy (now known as the Robe Rockets) and at Bord na nOg level.

Thanks to Alan Flannery for providing this picture after the great deed was done.