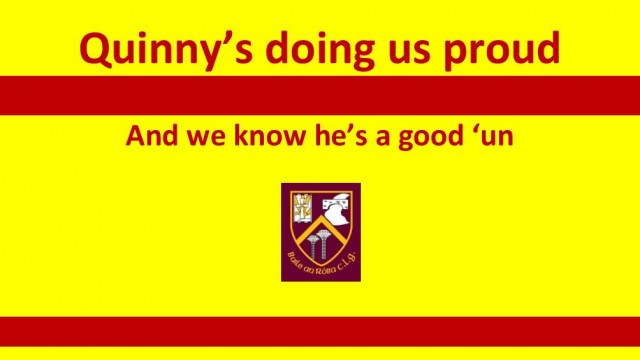 Our attacker Kevin Quinn has been named as a substitute on the Mayo minor team for today’s Connacht minor football championship clash with Galway in McHale Park, Castlebar, at 6.30pm.
We wish Kevin all the best, and hopefully he will make an appearance at some stage during the encounter.
He follows in the footsteps of his brother James, who played for Mayo minors in Croke Park a few years ago, including the day Mayo defeated the then All-Ireland champions Tipperary.
Kevin is a nephew of current Mayo joint manager Noel Connelly, who captained Mayo in the 1996 and 1997 All-Ireland football finals. He also captained Mayo to win the 2001 National League title, just reward for a man who was one of the leaders of a fine Mayo team for the preceding five years.