The club extends sympathy to former player, Michael Biggins, Swords, Co. Dublin, on the sudden death of his wife, Aideen.

Michael, a native of Dringeen, played with the club during the 1970s, an era that culminated in our first Mayo Intermediate Championship title in 1979 and an appearance in the Mayo SFC semi-final in 1980. As a member of An Garda Siochána, he won a Scott Medal for Bravery in 1988 (list HERE).

May she rest in peace.

Our picture below shows Michael wearing the Ballinrobe jersey in the 1970s. He is third from left, back row. His colleagues in the picture are as follows: 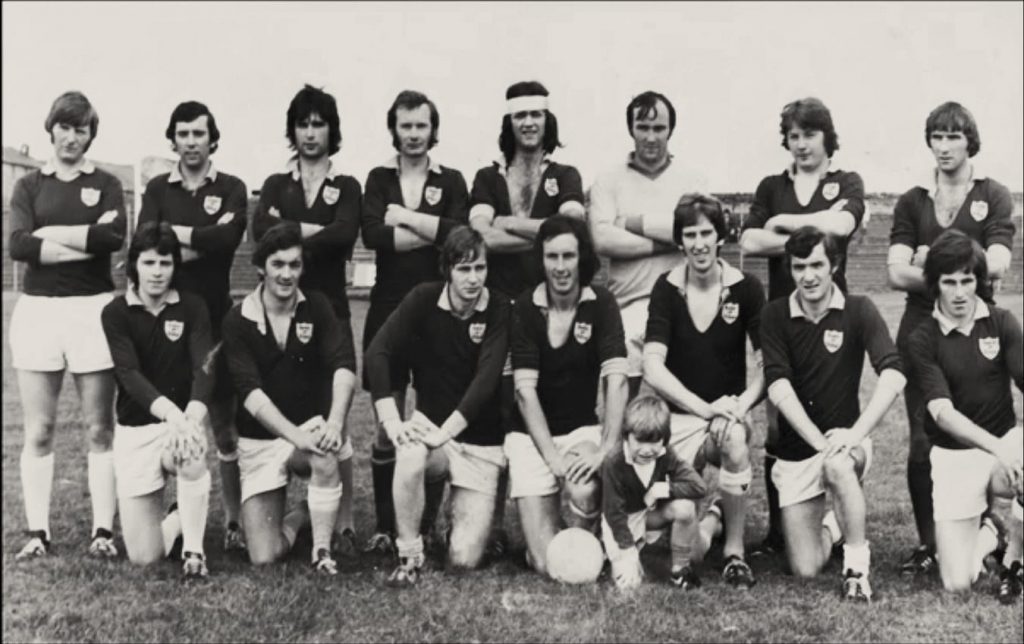