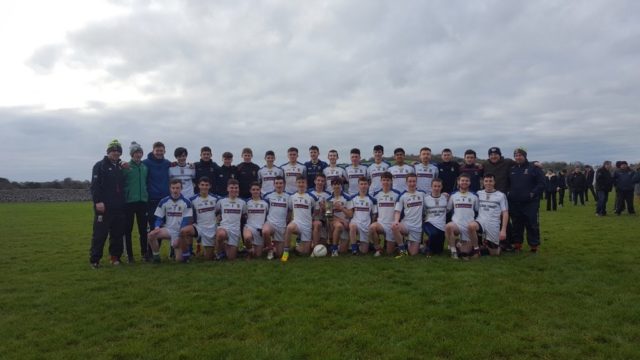 Congratulations to school side on winning Connacht Senior B league

January 20, 2017
Home » News » Congratulations to school side on winning Connacht Senior B league

An impressive performance fashioned a 3-9 to 0-9 win over Presentation College, Athenry. The side was captained by Ballinrobe player Evan O’Brien.

The team’s focus will now be on the championship with a semi-final placing already achieved.

We hope to have the names of all the players and management in the pic clarified asap.